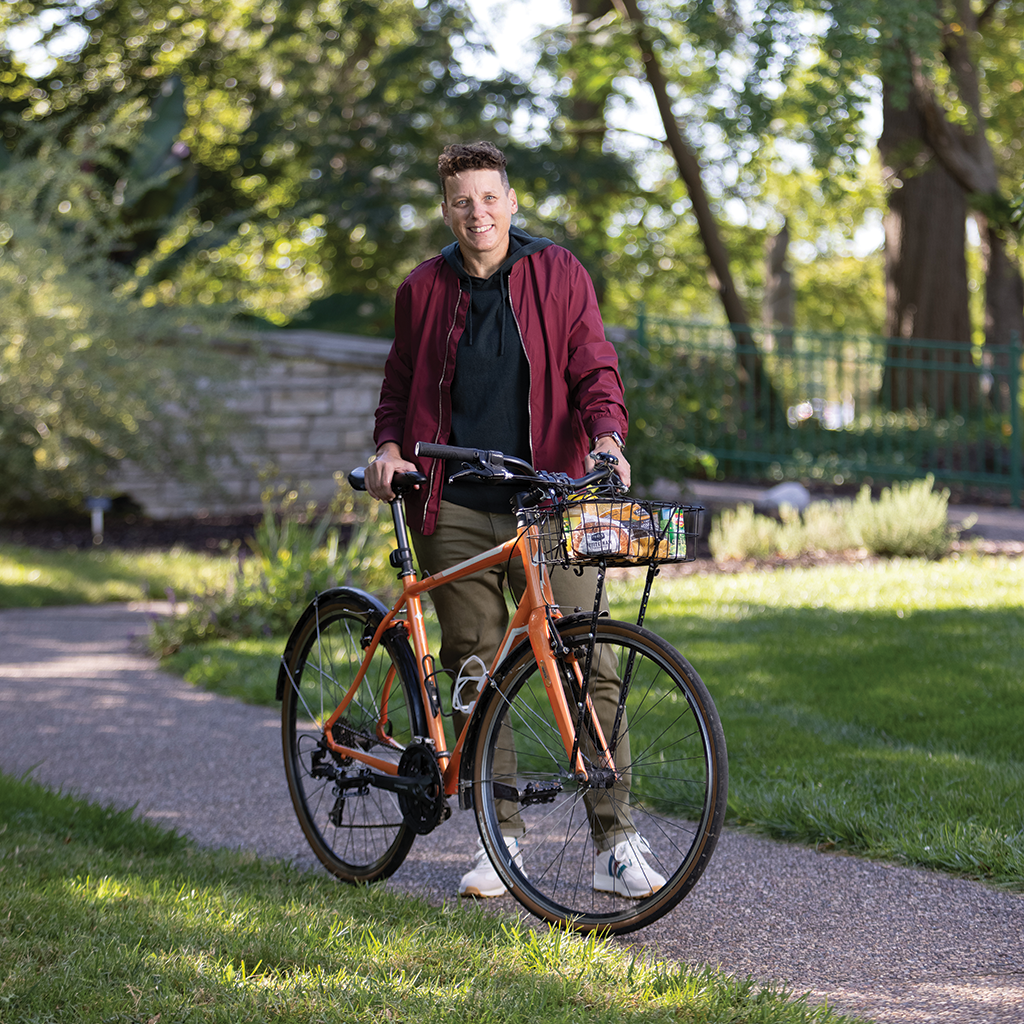 An idea came to Beth Shepard in 2014, which is now known as Cranktivus.

“I really had no idea what I was doing or that it would become the event it is today, but I am so happy it has become a fun and fulfilling event for people to participate,” Beth says.

In a nutshell, Cranktivus is a food drive on two wheels. The way the event works is that participants show up to Walt’s Bike Shop where they receive a grocery list. The list has five items they need to get from five different stores. From there, they take off on their bicycles to secure the items. Upon their return to Walt’s, they then have ingredients to help create a holiday meal to donate to the Central Pantry. Cranktivus has grown from 11 riders in 2014, to 150 riders in 2021. Last year alone this fundraiser donated 280 meals and over $2,000.

“Beth is highly involved in the local cycling community, where she’s known for making the sport she loves inclusive and fun. Cranktivus is special because it is an inspiring example of one person rallying their community to turn a great idea into meaningful action,” says Kerri Schafer.

“I think the biggest misconception about Cranktivus is that you have to be a hardcore cyclist to participate. It is exactly the opposite,” Beth says. “The event is set up for everyone to succeed and we have so many avenues for people to participate and still have a really great time while helping folks that deal with food insecurity.”