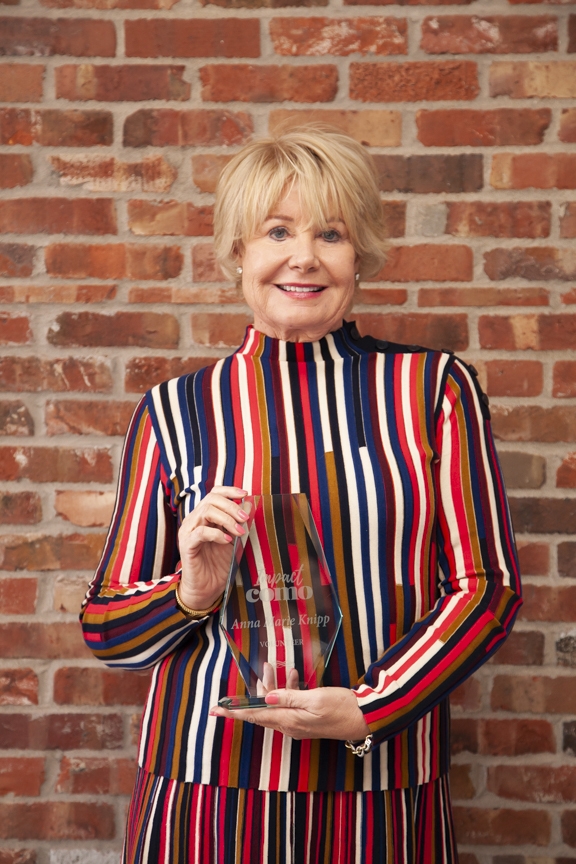 While Anna Marie Knipp claims to be a “below the radar” volunteer who enjoys finding organizations she believes in and working on a project to help them financially, her results are anything but ordinary. “Anna Marie approached Boone Hospital Foundation indicating that she would like to host a fundraising event at her barn, High Spirits Farm, as a way to say thank you for the care that she and her mother received at Boone Hospital Center,” says Barb Danuser. “She was moved and felt compelled to give back.” Anna Marie asked that the funds raised be designated to purchase a new ambulance. “Not only did she host and organize this event, but she also led the fundraising efforts. She tirelessly called, texted, visited, and hand-delivered to businesses and community members to join her in supporting this endeavor.” Anna Marie also led the charge of securing 16 live auction items and 23 silent auction items. She succeeded in getting more than 250 community members to attend or support the event, which netted more than $90,000.